Description
Family of products that perform two functions: AV Signal Extender and Duplicator (AUDIO + VGA). The extension of the AV signal is made through Cat.5 UTP cable at a maximum distance of up to 150m.

Minijack 3.5
The minijack 3.5mm is a popular connector used primarily for headphones although its functionality is much more varied.

It consists of a maximum of three connecting parts being the largest so-called mass or negative polarity and two of smaller size and located farther end of the connector, called living or positive that correspond to each channel, such three-part plug can transmit signals in two different channels, also known as stereo signals. It also exists in a mono minijack but version composed of only two parts, a body and a living or positive. 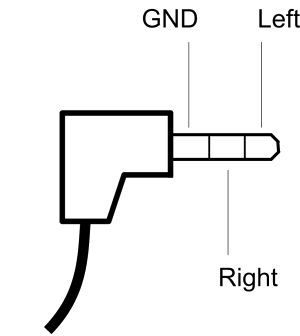 Types of network cables (UTP, FTP, STP)
UTP cable is standard twisted pair is referred by its acronym UTP (Unshiedld Twiested Pair/Unshielded Twisted Pair). The major advantages of this cable are its low cost and ease of handling. Its main disadvantages are a higher error rate compared to other cable types and their limitations to work at high distances without regeneration. FTP is a type of cable caracteriza that each twisted pair is uniformly during creation. A comprehensive screening of all pairs is performed by a apantallante outer sheet. This technique allows to have similar characteristics to the shielded cable. STP is characterized by that each pair is covered with a metal mesh, in the same way that the coaxial cables, and the set of pairs is coated with a sheet apantallante. Referenced frequently with their acronym STP (Shield Twisted Pair/Shielded Twisted Pair)

RJ45
When we talk about RJ45 ("Registered Jack" 45) we refer to a telecommunications network interface for wired connection of voice and data equipment.

This connector has 8 pins or connections and may have a specific category depending on the data transfer speed and bandwidth (category 5e, 6, etc.)

The common application is their use in Ethernet network cables under TIA/EIA-568-B standard that defines the arrangement of pins (pinout), but can also be used for other applications.

It consists of a maximum of three connecting parts being called the largest mass or negative polarity and two smaller size located more towards the end of the connector,
The called positive that correspond to each channel, such three-part plug can transmit signals in two separate channels, also known as stereo signals. There's a mono version, consisting of only two parts, a negative and a positive.

Categories network cables
Depending on the quality and type, network cables are classified into categories that help us know the characteristics of them.

The categories of network cables most commonly used are:

As can be seen, category 5e (enhanced or improved) and category 6A (Augmented), are an improvement of categories 5and 6, respectively, which it has improved the top speed and bandwidth.

The higher the category, the higher the speed of maximum data, the maximum 100 meters distance as its standard.

Rextron 1 VGA Extender AV-IN + 2 VGA-OUT + 1 RJ45-OUT (EVA-12L)
REGISTER NOW!
COUPON
You will receive a discount of
10%
On the products of the category
New products
* Can be used within 7 days